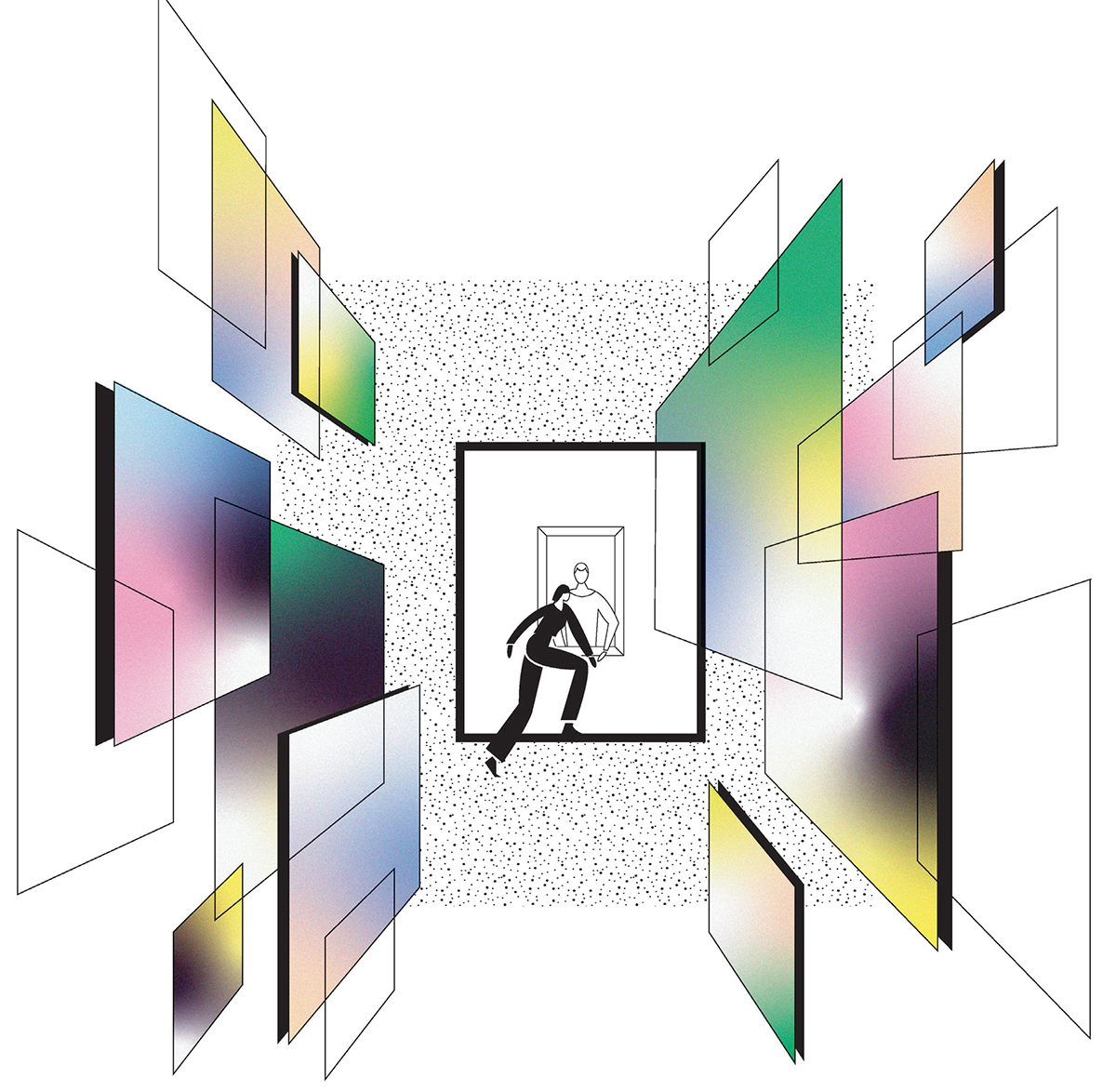 HOW DO YOU VISUALLY CONVEY the gravity of a humanitarian crisis? What kinds of images inspire people to act? In a world sat- urated with devastating photos and videos, communications and advocacy departments for humanitarian aid organizations grapple with these questions constantly.

The University of Virginia Humanitarian Collaborative is taking a fresh, interdisciplinary approach to the conundrum. Launched in 2018 by Batten professor Kirsten Gelsdorf, the collaborative addresses global challenges through research and engagement, choosing a different theme each year to guide its work. This year, a team of 21 faculty, staff and students from across Grounds have joined with six experts from non-governmental organizations based in Charlottesville and around the world to pursue one central inquiry: How can advocacy and imagery inspire both compassion and action on an international scale?

Too often practitioner and scholar discussions on how to address humanitarian crises have proceeded on isolated tracks. We hope that this collaborative can incite change and break this down effectively.”

As head of the Advocacy and Visual Media Unit at the United Nations, Gelsdorf spent a lot of time engaging with this question. After she joined Batten’s faculty in 2016 and began discussing the issue with students, she realized that its context had become even more complex.

“I recognized that through social media, this generation is subject to an even higher overload of distressing photos, which they feel is leading them to be overwhelmed and apathetic,” she says. “I then started a dia- logue with other professors and reached out to leading communications and advocacy de- partments in the humanitarian field. Togeth- er they agreed that there was a gap in under- standing, and that finding new ways of doing advocacy that could elicit compassion and pro-social behavior was necessary. And so the Humanitarian Collaborative was born.”

Funded by the Ruth Young/Indar-Riyukhe Fund and UVA’s Center for Global Inquiry and Innovation, the organization has already sup- ported a range of research projects in its first year. Psychology and public policy professor Sophie Trawalter and her team are investigat- ing the effectiveness of virtual-reality-based interventions on increasing empathy, for example, while politics professor Jennifer Rubenstein is exploring how designating a hu- manitarian situation as an “emergency” can affect the international community’s response to the situation.

The Humanitarian Collaborative has also supported numerous community-orient- ed advocacy events. This past fall, Swedish photographer Magnus Wennman’s exhibi- tion “Where the Children Sleep” appeared in locations across Grounds, as well as in local civic and religious spaces. On loan to UVA from the United Nations, Wennman’s compelling series of images speaks to the harrowing experiences of Syrian refugee children. Currently, the exhibition is in Ho- tel A, at the northwest corner of West Range.

Students have also played a pivotal role in the new initiative, spearheading projects aimed at heightening humanitarian awareness. The student-run organization Towards a Better Latin America, for example, in- stalled an exhibition on Peabody Lawn mod- eled after the typical living spaces of Venezuelan refugees in Brazil. The group also raised more than $10,000 to help refurbish tents in a United Nations Refugee Agency camp in the Brazilian city of Boa Vista.

Most recently, the collaborative joined with professors teaching through the New College Curriculum to co-host a screening of Human Flow, a documentary by the Chinese artist and dissident Ai WeiWei, followed by an open discussion. The film takes a long, hard look at the staggering effects of the global displacement crisis, but through a breathtakingly beautiful lens. Gelsdorf worked with Adrienne Ghaly, a postdoctoral fellow who teaches within the New College Curriculum, on the project. “We thought this film would offer students a new way of see- ing one of the greatest challenges they will face in their lifetime—the ref- ugee crisis,” says Gelsdorf. More than 400 students attended the event.

Behind these projects lies the drive to join worlds that frequently re- main disconnected from one another, Gelsdorf says.

“Too often practitioner and scholar discussions on how to address hu- manitarian crises have proceeded on isolated tracks,” she says. “We hope that this collaborative can incite change and break this down effectively.”

In the future, Gelsdorf adds, the collaborative plans to engage with an even wider group of humanitarian professionals and to continue exploring the thorny but inspiring inquiries that cut across the scholar-practi- tioner boundary in the field of humanitarian aid.

“We want to further brainstorm what other challenging questions can bring us together,” she says.